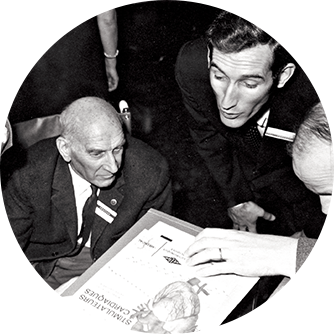 The FOURNITURES HOSPITALIERES company was created in 1964 by André Hermann to sell medical products. These products were initially sold in a store based in Mulhouse, France. Since being established, it has aimed to be the preferred partner of medical clinics and hospitals by supplying them with quality products and services. 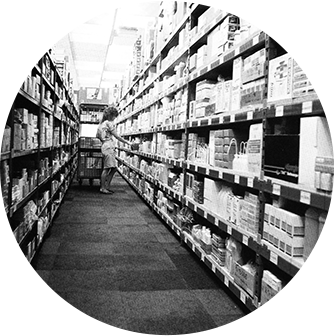 In 1977, LABORATOIRE FOURNITURES HOSPITALIERES Sàrl was created to comply with laws on the sale of sterile materials, which required the creation of an organisation that could perform laboratory testing.

These three units grew quickly due to a policy of prioritising research into products meeting the requirements of practitioners and hospital facilities in the ever-changing healthcare field.
To complement the company’s internal growth, an external growth policy was implemented to gradually expand the reach of the OR equipment business in France and to integrate manufacturing activities for the Orthopaedics unit. 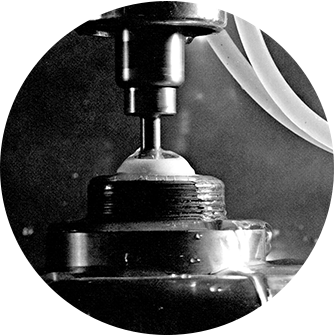 QUARTEX, a company specialised in the high-temperature processing of metals and laboratory glassware manufacturing, was added to the Group in 1984. This allowed Group FH to develop and manufacture its first hip and knee implants. This experiment led to rapid growth that revealed QUARTEX’s limited capacity for research, development and manufacturing. 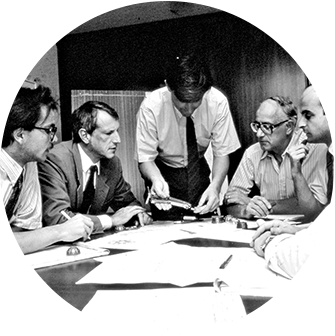 In 1991, FH bought SA OMCI, a Quimper (France) company that had grown rapidly because of its ability to adapt quickly to changes in the orthopaedic surgery market, and that had extensive manufacturing facilities.

From that point onwards, the conditions for an industrial policy favourable to orthopaedic product development and manufacturing came together, and Group FH could actively participate in:
• the development of new products in all areas of orthopaedic surgery;
• the search for outlets, enhanced by an active export sales policy, namely through distributors in other countries and the creation of a sales subsidiary for orthopaedic products in the United States. 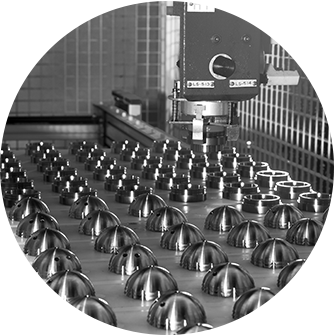 In the 2000s, FOURNITURES HOSPITALIERES divested itself of the OR equipment and Cardiology units.

The year 2005 was a turning point. In a major strategic shift, the Group decided to focus 100% on orthopaedics. Armed with know-how and technical expertise, acquired from a growing network of specialists, the company asserted its desire to become an industrial powerhouse and to access larger markets.

During the same year, it acquired Implants Industrie (St Etienne, France) and its Polish subsidiary. This process included the acquisition of a key product, the Arrow® total shoulder prosthesis with its innovative “universality” concept.

In 2007, CDC Entreprise and Matignon Investissement et Gestion purchased a stake in Group FH to help support its growth trajectory. Focussed on 6 flagship products – TLS®, ESP®, FHK®, ARROW®, HIP&GO® and bePOD®, Group FH established itself as one of the leading 100% French-owned companies in the field of orthopaedic implants. 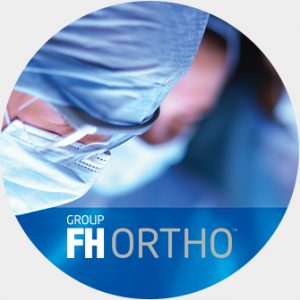 In early 2010, the Groupe Fournitures Hospitalières, who had set up a US subsidiary in Chicago, launched its first product for sale in the United States. CoLS, an ACL reconstruction device is available in titanium and PEEK versions. Over the following 2 years, the Anatomical ARROW® and Reverse ARROW® shoulder systems were introduced to the US market and allowed the subsidiary’s sales to take off. In 2016, the US subsidiary was renamed FH ORTHO Inc. and launched its first foot-related product, the CALCANAIL® for calcaneus fracture repair.

During this same period, LBO France, one of the largest private equity firms in France, acquired a large stake from the Hermann family in late 2014. Jean-Marc Idier, who has been the Deputy Managing Director since 2008, became the Group’s President when Thierry Hermann (son of founder André Hermann) decided to retire.

With this strong financial support, GROUP FH ORTHO continued its international expansion by creating the FH ORTHO Ltd. subsidiary in Swansea (Wales) in 2015.